Skip to main content
on August 13, 2016
#LifeBooksWriting : My latest Book
This week's Author Blog Challenge is called My latest Book.
My latest book is Defending Jagger. It's a contemporary romance novel set in Arizona State Prison in the samll town of Buckeye, Arizona. The main characters are Rose, Jagger and Dallas.
Rose is the prison's newest creative writing teacher and has been working in prisons for the last couple of years. After a transfer to Buckeye, she's looking forward to the change and challenge. Used to crass, arrogant prisoner's she's not too worried about her new job. It isn't until she sets her eyes upon Jagger Reed that she realizes that all bets are off. His handsome good looks and sultry stare, only serve to disarm her. But when she discovers he is talented as a writer, she's left floundering further. As she reads through a creative writing piece, clues leap out from the pages about Jagger's incarceration and twenty year sentence. Wondering if Jagger is innocent, Rose begins piecing together parts of the puzzle that make up Jagger Reed's life. 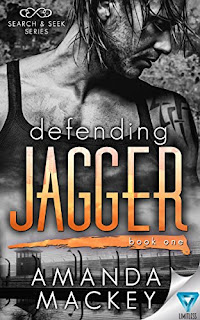 Without going into too much detail and giving away too much of the story, I must say, this was one of my favorite stories to write. All the characters are multi-layered and were a challenge at times to develop. Dallas who is Jagger's disabled brother with Downs Syndrome makes the story in many ways. He is the core of the story and I was able to build it around him.
Rose and Jagger have great chemistry and as the story builds, Jagger has to learn to trust Rose and let her in so she can help him.
There is a sequel coming out in October that you don't want to miss!