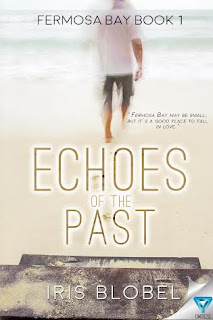 When her childhood friend, Connor Walsh, returns home to see his ailing father, Emily is elated to be reunited with the handsome man who moved to London so many years ago. But excitement fades to disappointment when he doesn’t remember her—or their first kiss. With her crush on Connor still in full swing, she’s determined to enjoy the short time he’s in Fermosa Bay, even though she knows her heart will break when he returns to his life in London.

When Connor receives news that his biological father is terminally ill, he returns to Fermosa Bay, Australia.

With memories of his childhood tucked fondly in the back of his mind, returning to the small, coastal town leaves him to wonder how life would have been if his mother had never taken him away. Would he have been married and had children? Perhaps with Emily Bradshaw…

Secrets from long ago begin to unfold…

As Connor and his father grow closer, Connor learns his parents have a broken love story of their own. Will the echoes of the past lure him into staying, maybe for good? Or will he relive his parents’ tragic story and flee to London?

Walking away from a real chance at true love… 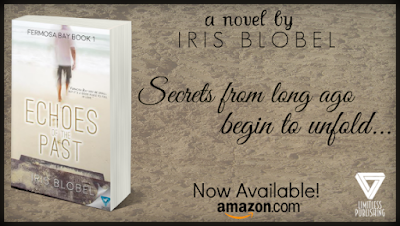 - EXCERPT -
Connor leaned against the window frame with his arms crossed as he watched the waves crashing against the rocks. In front of him, as wide as the horizon, was the ocean. With the clouds drifting in from the sea, the sky had turned grey and dark, and he knew there’d be even more rain coming later in the day.

He would’ve enjoyed the scene if it hadn’t reminded him of his changing life. He’d been back in Fermosa Bay for two days already, but the memories of the first seven years of his life he’d spent in this small Australian coastal town were tucked away in the back of his mind. Seemingly inaccessible. Nowadays, his life was in London and had been for the last twenty-three years. He took a couple of deep breaths as he looked towards the harbour in the distance, and the small town in the alcove with the hilly forest in the background where he’d spend the first seven years of his life. It was truly one very picturesque little place.

A noise from the other end of the house hauled him back from his thoughts, and he stepped away from the window. Over the last few weeks, since he’d decided to accept Jack’s invitation to Australia, he’d had visions of what he’d find here. His mother hadn’t told him much about the time she’d lived here, except about Jack owning a pub. Connor had been furious for her lack of memory, but in the end admitted to himself it’d probably not been a time she’d like to remember.

So he was surprised to find out that Jack lived in this massive house just outside Fermosa Bay, on the top of the cliffs, with a view over the ocean. The house had five rooms and a small study at the back. The lounge room, with a high pitched ceiling, had wood fire heating and a big window front. Connor had loved the house the instant he’d stepped into it.

When he entered the hall, he saw his father and said, “Good morning, Jack.”

The old man sighed sadly. “You still can’t bring it over your heart to call me Dad?”

Connor’s gaze wandered from his father to all the many framed photos along the wall. Jack was in many of the photos, but most them had people in them he didn’t know, except the biggest one, which showed Connor as a child in Jack’s arms. A wave of sadness shook him. No, it wasn’t in him to call him Dad. Or to even think of him as his dad.

After a moment’s silence, he turned to his father and shook his head. “Sorry.”

Jack coughed, and Connor quickly rushed to his side, holding him upright.

“Son, there will be no more good days. One day is like the other, until it will be the last.”

The words struck Connor deep enough to feel some emotions for his father. He knew time was running out, but hearing it made it sound final.

“There’s a front coming, but I think you’d be able to sit outside for a little while. At least until the nurse comes.”

Connor helped his father out onto the deck where the old man sat down on his swing seat.

Without a reply, Connor stepped away and watched the sea again.

“I couldn’t keep you away from the water when you were a child,” Jack said.

“What do you mean?” Connor asked.

Jack didn’t answer, so he turned around to look at his father. The old man stared into the distance, a withdrawn expression on his face.

“You were constantly in the water. Whatever opportunity you had, you grabbed your little board and spent most of the day there.”

His father shrugged. “You left with your mother.”

Sitting down on the chair next to Jack, Connor let out a long breath. “Something must’ve happened. I never go near water, let alone go in it.”

Still gazing into the distance, Jack said, “I still have the blue board. Ethan’s little son sometimes uses it nowadays.”

Not sure where the conversation was heading, Connor just went along. “Who’s Ethan?” he asked.

The reaction from his father wasn’t what he expected. With his shoulders sagged, Jack closed his eyes. He looked so old and frail. From what Connor saw in all the photos around the house, cancer had taken a lot of life out of his father, leaving behind a haggard body with no energy left. Initially, he’d been taken aback by their similarities in looks, with their dark brown eyes and dark blond hair, including the stubborn curl above the ears, but after all, Jack was his father.

“Ethan was your best friend when you lived here.”

Pain shot through Connor as he was again confronted with a piece of information about his past that he knew nothing about. What had happened all those years ago, that his memory blocked these recollections of his childhood?

“How is your mother?” Jack asked suddenly.

Was it a sign of his illness that the old man wasn’t able to hold on to one topic anymore, or was he out to annoy Connor?

Jack nodded. “She was beautiful when she lived here. So beautiful.”

Leaning forward to rest his arms on his knees, Connor asked, “Why did you ask her to leave?”

“Son, what are you talking about?”

What reviewers are saying about ECHOES OF THE PAST:

I received this book as an ARC - and absolutely loved it!!!!
It is sweet and gentle yet filled with very strong emotions book, which will make you ponder upon the fate and decisions of the characters long after you finish reading :)

It will appeal not only to the true romance-loving readers, but also to those who, like me, reach for that genre occasionally, when in need of a read that would touch their hearts :D And this is it!!!
I honestly do not remember last time I've read something so gentle, so dear - yet tugging on all the inner feelings strings with quite a strength!
- Amazon Reviewer


Who said you can’t find your soul mate at seven years old?

For Emily, who lived her whole life in the sleepy Fermosa Bay Australia she always knew that Connor was the one. At seven years old, the whole town had them married off living a quiet happy life. But when an innocent accident happens, Connor’s mother takes the opportunity to whisk her son away to a life that offers more.

Growing up in London in the shadow of his step father, Connor becomes a successful and sought after lawyer with the world at his feet. When his biological father tracks him down, a father he has no memory of and asks him to return home to Australia, Connor can’t say no. Especially to his dying father.

This is a beautiful tale of rediscovering what you already had and what really matters. Reconnecting with old friends and old loves opens Connor’s heart to a world he never anticipated. Iris had me in tears with this sweet story of coming home. Congratulations. A must read for anyone with a romantic heart!
- Rebecca Barber, author 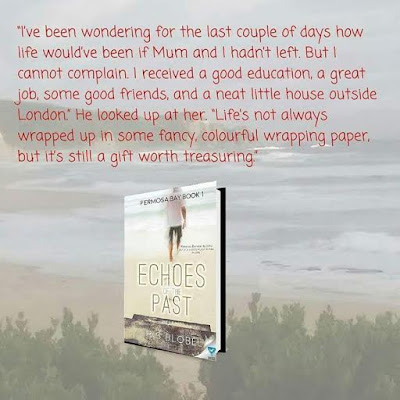 - ABOUT THE AUTHOR -
Iris Blobel was born and raised in Germany and only immigrated to Australia in the late 1990s. Having had the travel bug most of her life, Iris spent quite some time living in Scotland, London as well as Canada where she met her husband. Her love for putting her stories onto paper has only emerged recently, but now her laptop is a constant companion.

Iris resides west of Melbourne with her husband and her two beautiful daughters.

Next to her job at a private school, she also presents a German Program at the local Community Radio.